This collection of fifteen short stories is based on the history of the port of Fremantle, Western Australia.  More than half deal with the events which occurred within the harbour precinct. Most of the remainder spring for the grim confines of Fremantle Gaol which for more than a century served as the State's maximum security prison.

Ian McNeill Darroch was born in Fremantle on 11 April 1944. Coincidently, transient American and New Zealand servicemen ensured the day would be remembered as one of infamy by staging a massive brawl in the main street of the port which resulted in the stabbing deaths of two New Zealanders and large numbers of seriously injured on both sides.

Educated in post -war Fremantle and at Scotch College, he later graduated from Claremont Teachers College and Murdoch University.

As a teacher he has served in such diverse locations as the outback of the Northern Territory, suburb south of Rockingham. 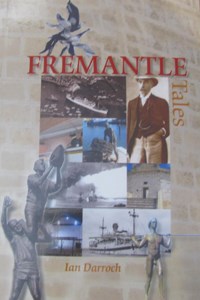