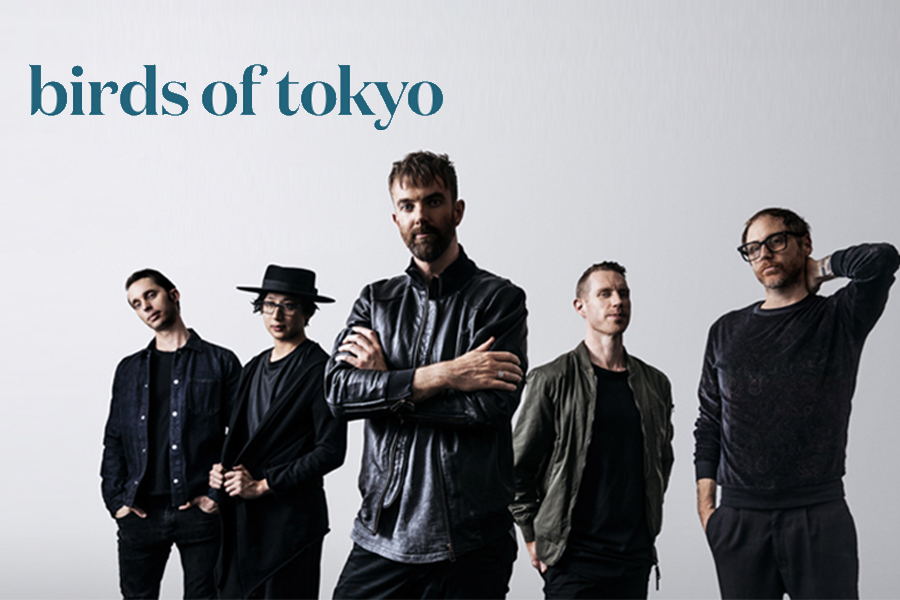 Birds of Tokyo play this very special concert event in the court yard of the historic Fremantle Prison, under the stars on Saturday January 9th, 2021.

Formed in Perth back in 2004, Birds of Tokyo have grown from independent roots to become one of Australia’s most popular contemporary rock bands. Songs like “Good Lord”, “Two Of Us”, “Plans”, “Lanterns”, “Brace” and “I’d Go With You Anywhere” have all been top 10 airplay hits and have lead to appearances at every major festival in this country.

Over the years the band has had eleven separate songs make Triple J’s “Hottest 100”. Their breakthrough hit “Plans” ranked #4 on the 2010 countdown. It was taken from Birds of Tokyo’s self-titled third studio album, which went double platinum and spent over eight months in the ARIA top 20. The eponymous release received the ARIA Award for Best Rock Album.

Subsequent records have helped the band carve a singular career for more than a decade, including 2012’s March Fires, which debuted at #1 on the ARIA Album Chart and produced triple-platinum radio hit “Lanterns”, their gold-certified EP Anchor (2015) and 2016’s top #3 album BRACE.

More than seventy Birds of Tokyo songs have featured on Triple J, making them one of the station’s three most played artists of this millennium. The band are also the only artist in history to win “Rock Work Of The Year” on five separate occasions at the APRA Awards.

In the last two years the band has enjoyed a run of four hit singles. This new material shares a strong lyrical thread because it was all largely inspired by a tumultuous period in the personal life of frontman Ian Kenny. In May 2020 Birds of Tokyo bundled all these songs plus seven more onto a new album called Human Design, which debuted at #1 on the ARIA Album Chart.