The importance of archaeology and its potential to extend our knowledge of a site such as the Fremantle Prison was recognised as part of the original considerations for conservation of the site. An archaeological zoning plan of the Prison was commissioned in 1990 and this document continues to play an important role in informing and guiding conservation and capital works projects within the precinct.

The document Archaeological Zoning Plan of the Prison Compound (Bavin 1990) classifies areas within the precinct according to their potential archaeological sensitivity and their research potential. It also ensures that all care will be taken to maximise the potential of the site to yield cultural material.

The document deals specifically with the area bounded by the perimeter walls and that which is directly to the west of the Prison, known as The Terrace.

Site research, archival research and archaeological investigations were used to designate the areas. The document divides the site into three areas (Zone A, B and C) and provides recommendations for projects undertaken in the different zones. 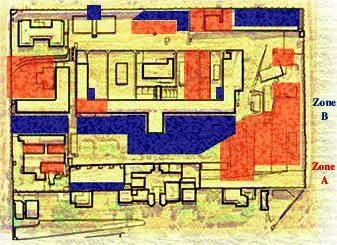 Areas suspected of containing archaeological remains in the form of building foundations and Prison related artefacts.

It is recommended that areas classified A be thoroughly tested, defined and remains salvaged before development works are undertaken. Results from this work will influence the design of the project.

Areas suspected of containing remains of less research potential and significance than those of Zone A. These areas may provide evidence of minor structures adjoining substantial buildings, artificial land fill, garden plots and less predictable deposits within yards and parade areas.

Due to the potential of discovering materials of high research value, sufficient archaeological testing is advised to be carried out before a development project begins and that archaeological surveillance is continued during the project. Some redesign of works may be necessary. Once again, all remains should be salvaged and appropriately documented.

Areas with little or no potential for archaeological remains due to lack of substantial structures and minimal Prison related activity.

However, should remains be uncovered during works it is recommended that contractors cease work until they have been assessed by an archaeologist.

Further information on the role of archaeology in the conservation of the Fremantle Prison Precinct can be obtained by contacting the Head Curator. 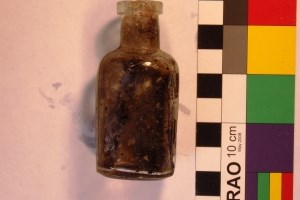