Items currently held in the Fremantle Prison Collection have been acquired in several ways. They may have been transferred from the Fremantle Prison Museum, which was run jointly by the Department of Corrections and the Fremantle City Council from 1978 until 1992. Items in this category would include the convict material such as clothing, shackles, tools and punishment items like birches and whips.

Another large source of objects now held in the Collection is material that was left onsite by prisoners, staff, and the Department of Corrective Services when the Prison closed in November 1992. These include documents, artworks, tools and furnishings.

Other materials stem from excavations for archaeological exploration or research.  Two notable such examples are the excavation of the basement of the main cell block in 1993, and the cellar of No. 14 The Terrace in 2009.

The Prison also accepts donations from former staff of the Prison, their families or other members of the public. In very rare cases the Prison may purchase material for the Collection.

Fremantle Prison holds a significant collection of prisoner art, including works on canvas, board, and paper; graffiti; murals in cells, yard walls, and in the chapels.

Most of these were created in the last decades of the Prison’s operational life, however the frescoes drawn by James Walsh on a cell’s walls are the only known artworks by a convict in the Prison.

View some of these unique artworks by arranging an exclusive Art Tour, available by request. 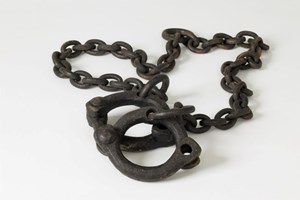 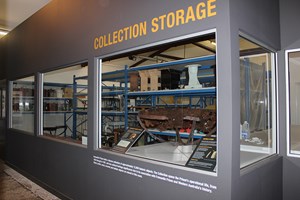