"You can only deal with them as you deal with naughty children – whip them … Give them a little stick when they really deserve it, and it does them a power of good." - Septimus Burt, Attorney General of Western Australia, 1892

Before the rise of prisons in the 1700s, punishments such as hangings, floggings and burnings were public events and physically brutal. Society grew to abhor these violent spectacles. Prisons were constructed to conceal the punishment of criminals behind closed doors.

Leg irons were shackles placed around a prisoner’s ankles joined by a chain to restrict movement. They varied in weight according to the severity of the punishment. Prisoners in leg irons were assigned to hard labour, working ten hours a day for months on end. This severe punishment often ended in injury. Reports in the Prison’s Medical Journal refer to severe groin pain, bruising of the skin, lesions and skin ruptures.

Prisoners who attempted to escape were flogged and locked in solitary confinement on a diet of bread and water. There were 12 punishment cells and six windowless ‘dark’ cells. Dark cell prisoners lost track of time and became disorientated. Stays in solitary were between one and six months. After 1886, solitary sentences were restricted to a maximum of 28 days. 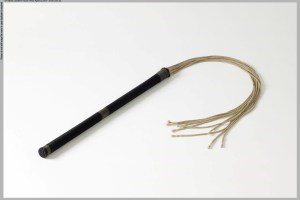 Difficult convicts were often sentenced up to 100 lashes. Flogging instruments included the cat o’ nine tails, a whip with nine knotted strands or cords, and the birch, a bundle of long birch twigs bound together by cord. Flogging was a brutal punishment that caused extreme pain and physical scarring.

The last flogging with the cat o’ nine tails occurred in 1943 when a prisoner received 25 lashes. A prisoner received 12 stokes of the birch in 1962. Corporal punishment and hard labour were finally removed from the statutes in 1993, two years after Fremantle Prison shut down.