When Bon Scott died in London in February 1980, it was his anonisation as the ultimate Australian rock icon; Bon was a working-class rebel poet, a larrikin whose voice has touched generations of fans all over the world.  In Highway to Hell, Clinton Walker captures the man, his music and his times.

It’s a story that is not for the faint hearted but is vivid and true.  Meticulously researched and written in a galloping, rough-hewn style, Highway to Hell is the gripping account of a man lost in the machinery of his own art form. 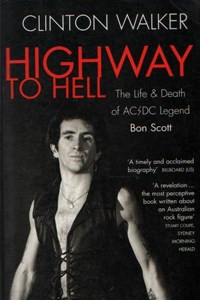